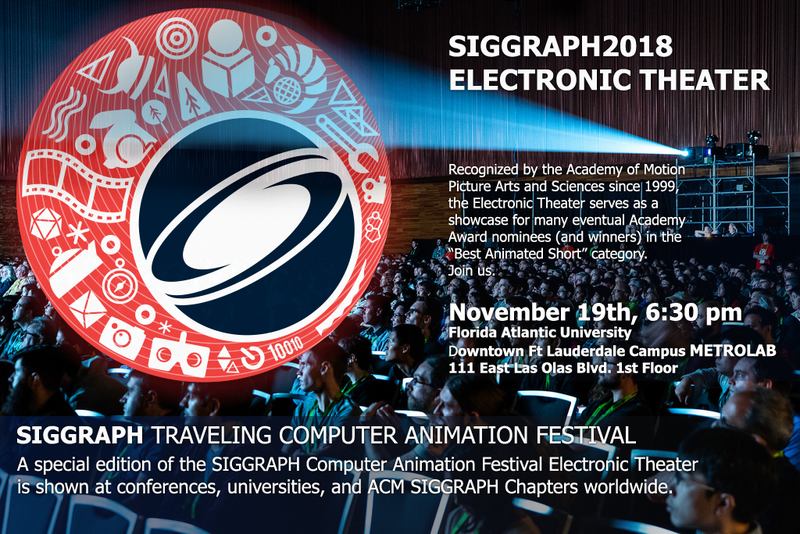 You will see a bigger and better SIGGRAPH 2018 Computer Animation Festival Traveling Show this year!
The Traveling show will cover more of the works that are not usually seen away from the SIGGRAPH conference.

Electronic Theater Show features a selection of innovative, creative animated short films and visual effects reels produced by professionals and students from around the world that were originally shown as part of the SIGGRAPH Computer Animation Festival, a leading annual festival for the world’s most groundbreaking, accomplished, and amazing digital film creators. For 2018, the content in its original form premiered at SIGGRAPH 2018, 12–16 August, in Vancouver, British Columbia.

The annual festival is a qualifying event of the Academy of Motion Picture Arts and Sciences. Since 1999, several works originally presented in the SIGGRAPH Computer Animation Festival have been nominated for or have received a Best Animated Short Oscar.