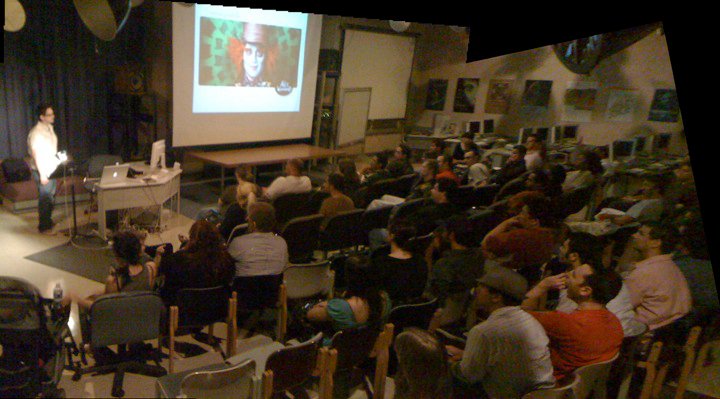 A short selection of animation from the 2017 Electronic Theater in the Main Auditorium.

There are 10 or 12 visitor spots across the grassy knoll from the
Liberal Arts Building. 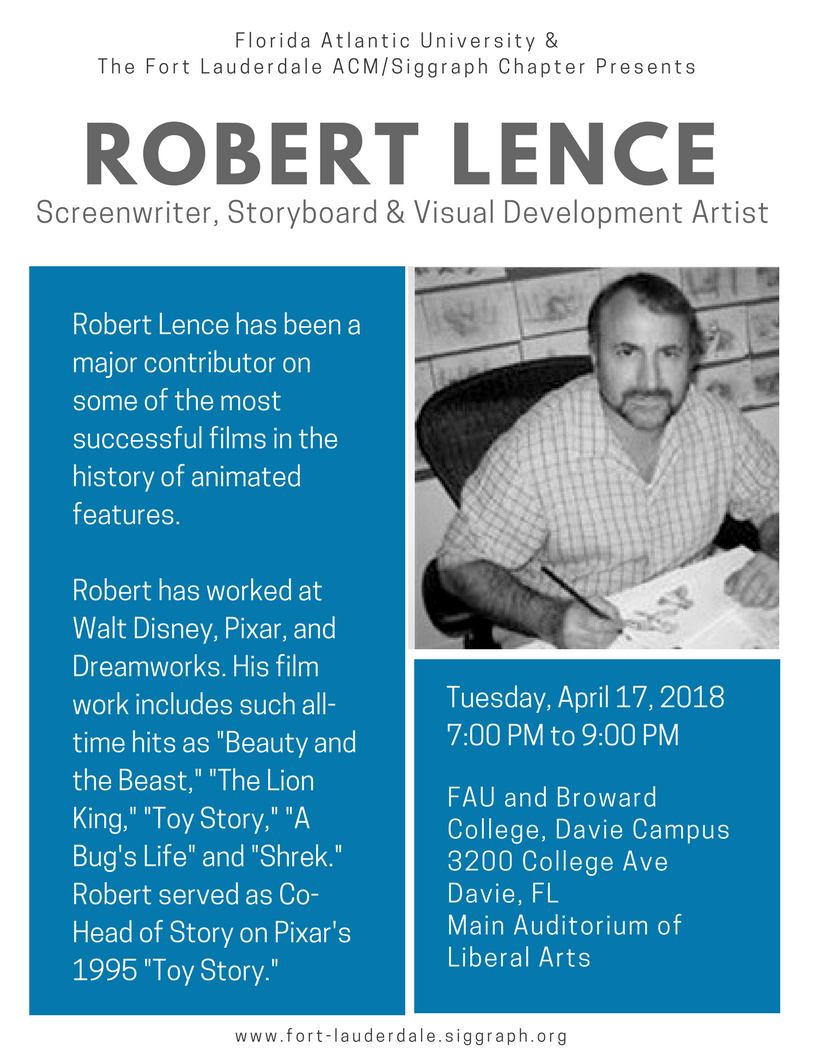 Robert Lence has been a major contributor on some of the most successful films in the history of animated features. In his twenty-eight-year animation career, he has worked as a Screenwriter, Head of Story, Storyboard Artist, Visual Development Artist, and Story Consultant, helping create original characters, writing dialogue, and shaping the story on over a dozen major-release animated features.

Robert has worked at Walt Disney, Pixar, and Dreamworks. His film work includes such all-time hits as “Beauty and the Beast,” “The Lion King,” “Toy Story,” “A Bug’s Life” and “Shrek.” Robert served as Co-Head of Story on Pixar’s 1995 “Toy Story,” the first ever computer-animated feature film.

A graduate of the University of Michigan in Ann Arbor, Robert holds a Bachelor of Arts degree in English Literature. Robert attended the California Institute of the Arts’ highly regarded Character Animation program for two years. He has also served as a member of the Cal Arts faculty, as a story teacher and story consultant.

Robert is also a member of the Writers Guild of America. He recently illustrated his first children’s book, “Wrestling the ABC’s.” 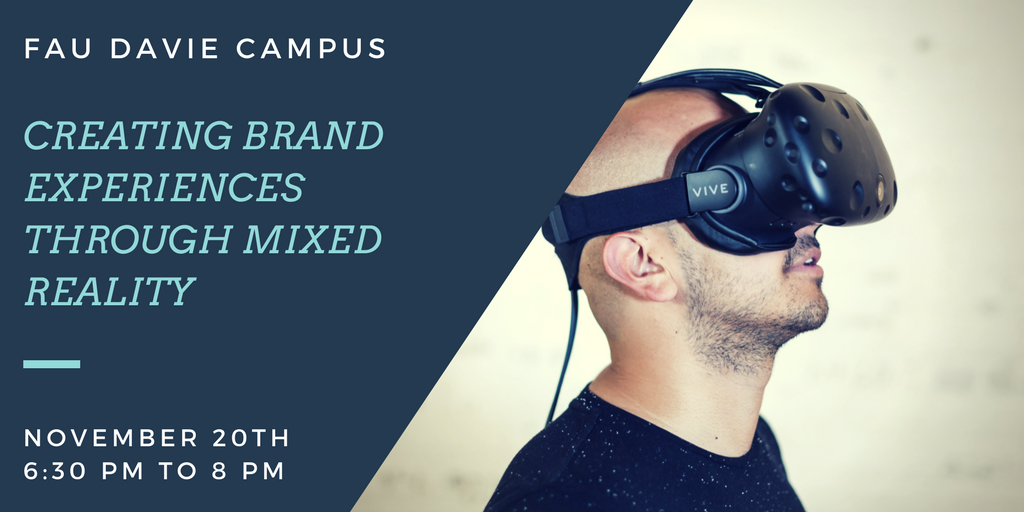 VR Zeitgeist: Where are we now?

In the quickly shifting sands of the Wild West of Virtual Reality many new technologies and uses are emerging. VR’s immersive media allows people to experience, explore and learn from their VR environments using more of their biological toolset, bridging the gap between the intellectual data available to our digital society, and our intuitive sense of exploration and presence when placed in a given environment. VR environments can serve to transport people to different places, imaginary or real, and these places can then be augmented by infinite layers of digitized information accessed through user interaction.

But why are some VR experiences more uncomfortable than others? How can we begin to think about guidelines for good VR design? Where do we expect VR tech to evolve? Join us as we explore some biological facts that play a role in creating successful VR experiences, present the current types of VR, cover the toolsets for creating VR, and discover some successful VR explorations in different disciplines.

Join us for an evening to understand a little bit more how VR is created, what considerations we can have to create great VR experiences, and how VR is playing a role in disciplines like Medecine, Museology, and Entertainment among others.

Explore your senses through various VR experiences. Test your courage by “Walking the Plank”. Conquer your fears in the “Spider Crawl”. See how VR can be applied to create unique film/audiovisual experiences – and be transported to see works of art in a museum setting.

See you in Bangkok, Thailand!

Gini Santos (Supervising Animator) joined Pixar Animation Studios in September 1996. Her first project was working as a character animator on “Toy Story 2.” She went on to work on “A Bug’s Life,” “Monster’s Inc.” and Pixar’s Academy Award-winning features “Finding Nemo,” “The Incredibles,” “Ratatouille” and “Up.” Santos also served as lead animator on Pixar’s short film “Lifted.”

Before joining Pixar, Santos worked as an art director at Bush & Bishop Advertising, a full-service advertising agency. She designed everything from ads to brochures to logos, which allowed her to utilize her drawing skills in a number of ways.

Born in the Philippines, Santos was raised in Guam from age 3. She attended the University of Santo Tomas in the Philippines where she graduated with a fine arts degree in advertising arts. After spending five years in the advertising industry, Santos returned to school and earned a Master of Fine Arts in computer arts from the School of Visual Arts in New York City. Santos lives in San Francisco.

We are currently working on a speaking event for the week of October 23rd. Stayed tuned!

All ACM SIGGRAPH members have been invited to attend free of charge a presentation on the Disney Feature Animated Film, Zootopia.  The focus of the talk is on environment
creation from Art Director, Matthias Lechner.

Come and Support the Fort Lauderdale ACM SIGGRAPH for our spring Computer Animation Festival 2014 Asia Electronic Theater Screening at the NEW (Miami Animation and Gaming International Complex) Magic  on June 9th, 2015 at 7:00 p.m.  Admission is free! We will conclude at 9:00 pm and meet afterwards to network at a nearby local Venue.

This is the preview trailer of the SIGGRAPH Asia 2014 Computer Animation Festival program. Asia’s premier computer animation festival that attendees look forward to, showcasing an international collection of the year’s best works. An internationally recognized jury receives hundreds of submissions and presents the most creative works of the year in daily Animation Theater and Electronic Theater screenings. Selections include outstanding achievements in time-based art, scientific visualization, visual effects, real-time graphics, and narrative shorts.